Pictorial of the activities in during clean milk production campaign 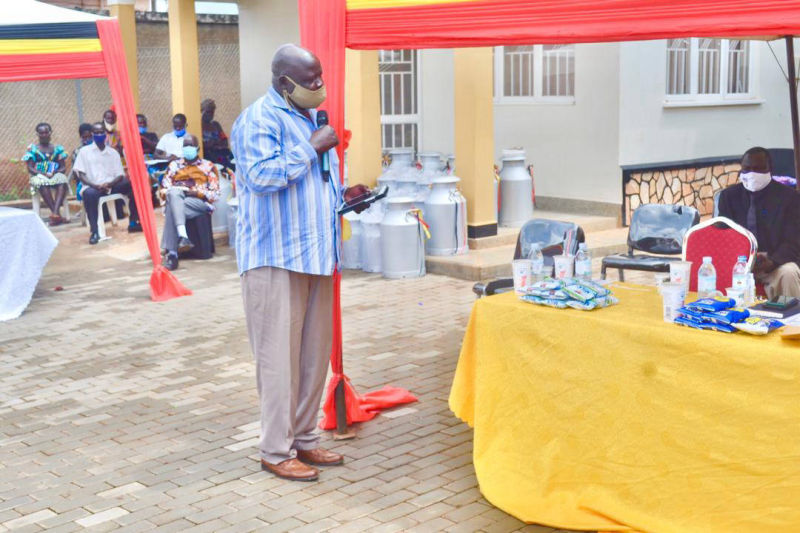 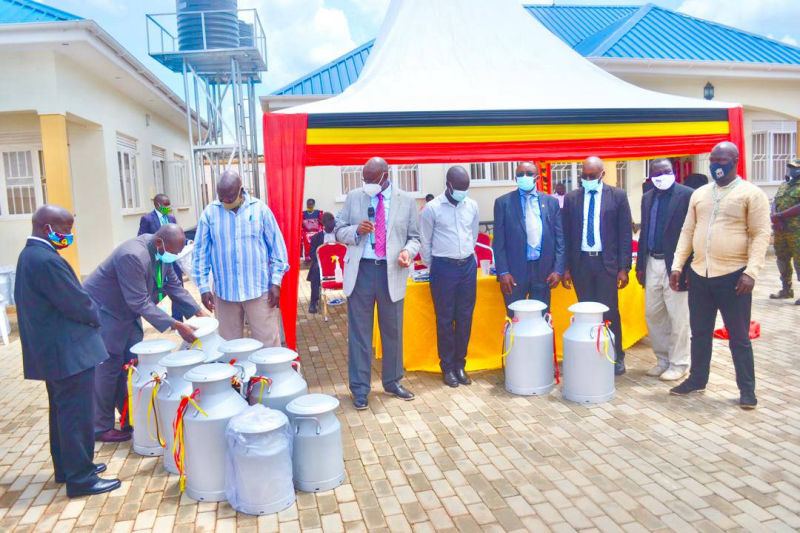 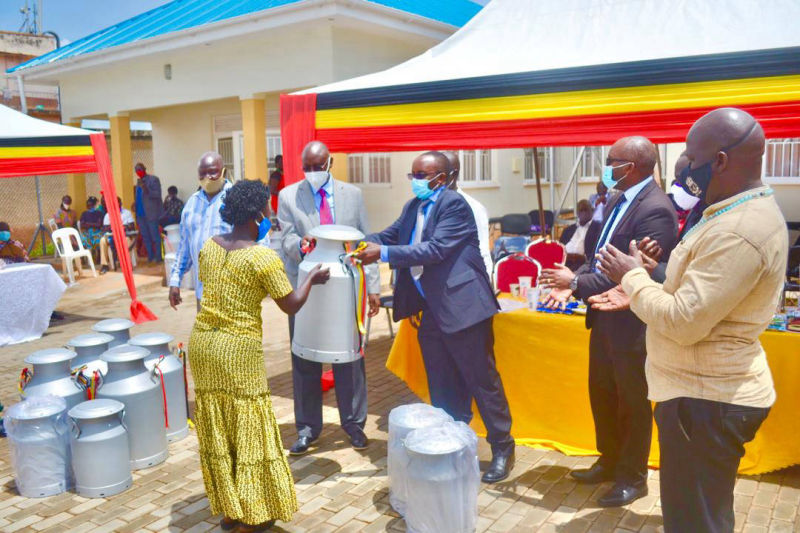 ED giving out cans to stakeholder 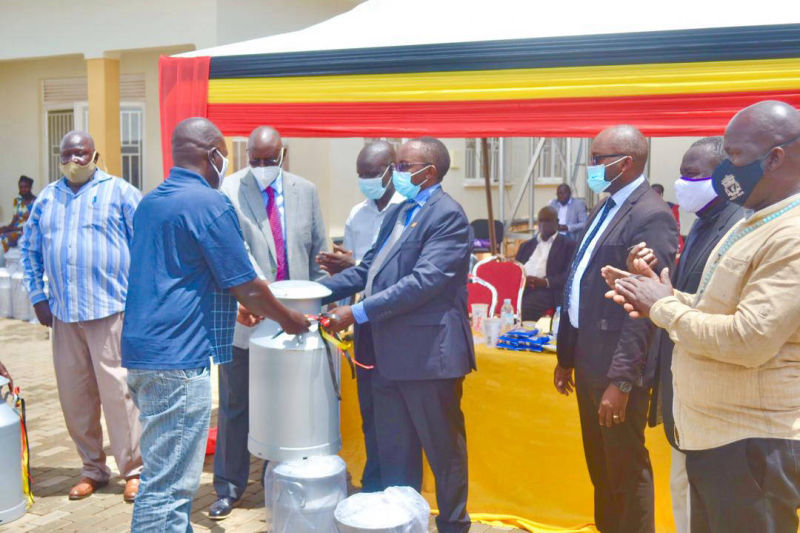 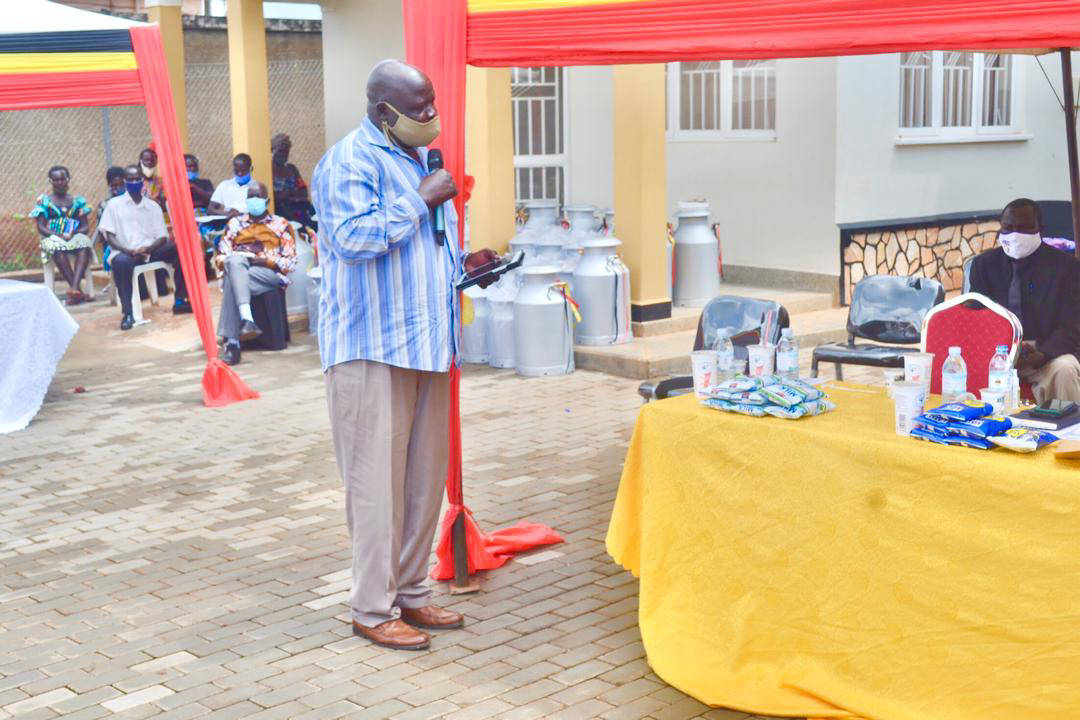 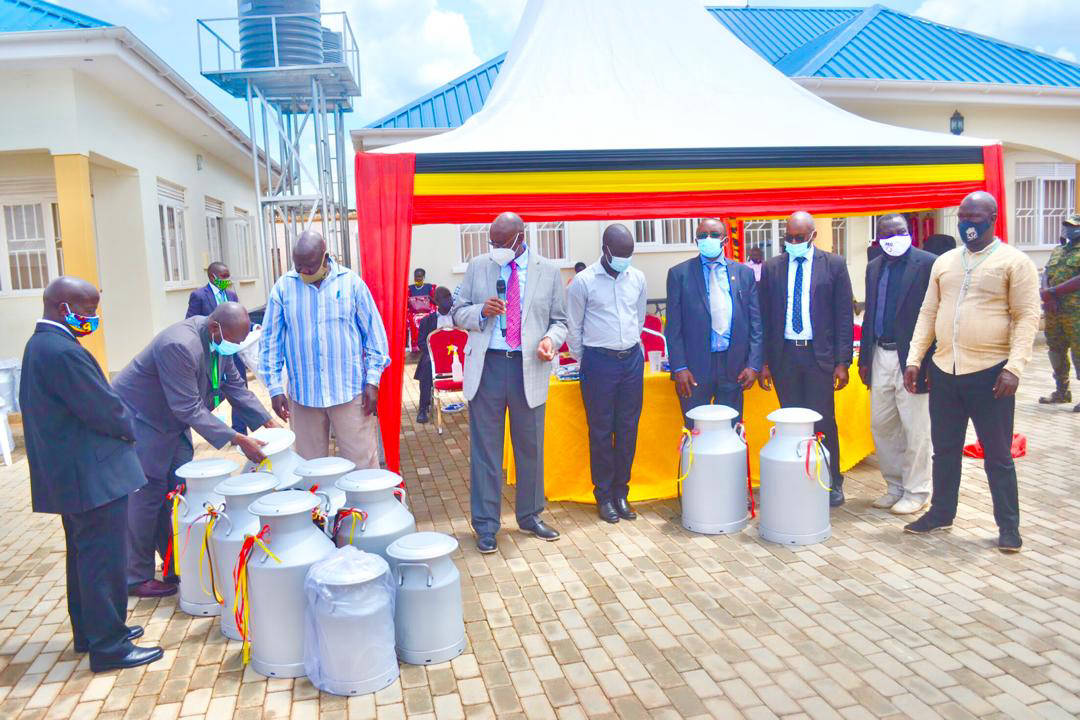 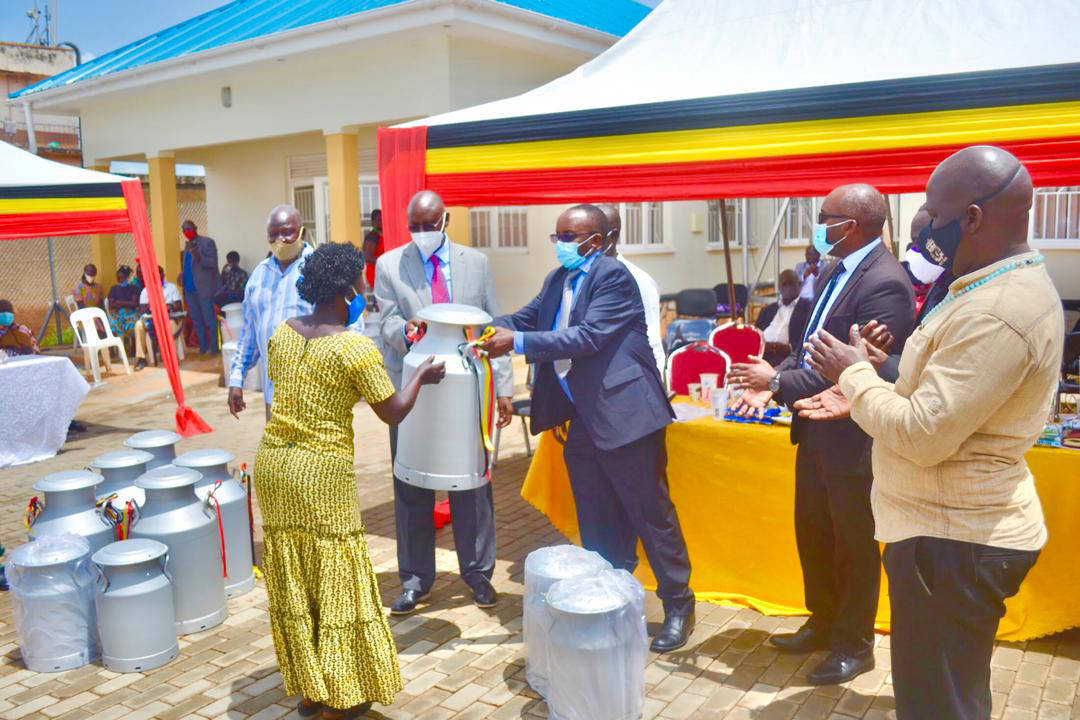 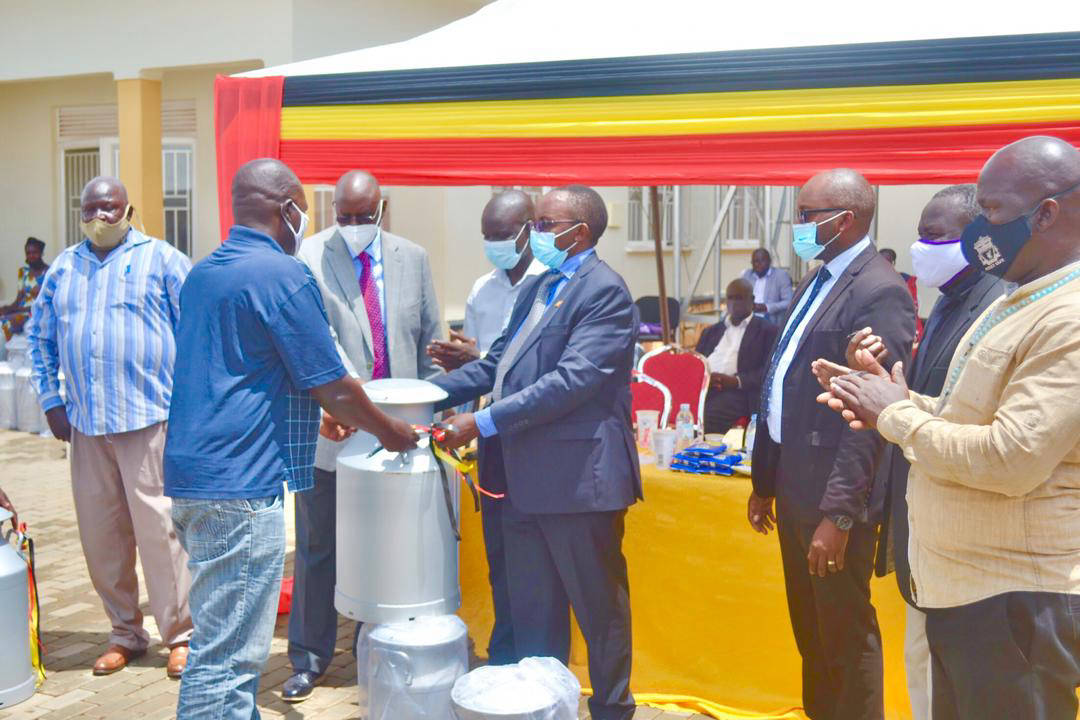 Dairy Development Authority together with the Hon. Minister for Animal Industry Lt Bright Rwamirama from 2oth October 2020 to 28 October 2020 launched the clean milk campaign programmes across the county. The Minister and DDA team met various stakeholders and farmer cooperatives in areas of Central Region, South Western Region, Northern Region, North Eastern Region, Mid Western Region and Eastern Region.
The Minister urged farmers to use Milk Cans only during milking so as to keep milk clean for both Local and Commercial purposes. he said that the good news is that there is big market for milk both in the country and in the international market like Algeria, US, and many other countries. He informed stakeholders that there are going to be strict regulations to make sure clean milk is produced,
ED-DDA urged farmers to look at Dairy farming as a business as the market for milk and milk products has increased, he also said the government in collaboration with NUSAF, NADS and OWC is soon re-stocking different cooperatives with better Animal breeds, Insemination kits and training of Insemination personnel for free.
The Clean Milk Campaign involved giving out free Milk Cans to different Dairy farmer Cooperatives in the East, North, Central, South western and Mid Western Regions of the country, It furthermore saw interactions between farmers, our ED and the Minister and also speeches from the district leaders that included RDCs, LC5s, Mayors, and many more about challenges and solutions to the problems facing the Dairy Sector.
With the Dairy Sector in Uganda bringing up to 205 million dollars yearly, this campaign seeks to improve milk production to increase the returns from milk even more than the numbers now in the coming years with more market opening for milk and milk products in Algeria, US, India, Canada and many more countries.
The problem of Dairy farmers mishandling milk by keeping them in Jerrycans and all other plastics that cause milk to be contaminated made DDA launch this Campaign. The awareness objective of this Campaign is not only to produce clean milk but also to awaken the farmers to the fact that the production of clean milk puts more money to their pockets hence improving their livelihoods. 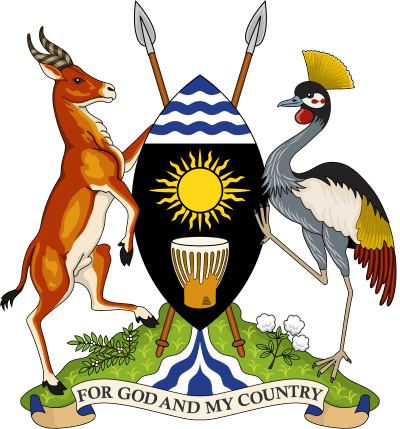